For many drivers, the idea of owning a convertible car represents a lifelong dream. Convertibles are iconic and many drivers have saved up for years in order to purchase one. Whilst the vehicles are associated with the summer months, their modern retractable hard roofs make it possible for them to be enjoyed all year long.

The soft tops of yesterday are now rather a thing of the past, which means that would-be thieves should have a much tougher times gaining illegal access to the cars than they would have done in the past. Open-air transport is a thrill for drivers and passengers alike, making travel by convertible not simply a case of getting to where you are going but also enabling you to make the most of the journey there.

Despite recent economic struggles, reports have suggested that sales of convertible cars have been noticeably high over recent years. Advancements in technology have made past issues with things such as loud road noise less relevant than ever. Some features of the new wave of convertibles send warm air to drivers and passengers when the air is cooler, but can also cool you down with low temperatures on hot days. Convertibles are associated with romance and adventure and the fact that modern convertibles are now suited for year-round use has made them extremely popular. The cars can also come with excellent infotainments features built into them, making the most of the technologies of the day.

Modern convertibles don’t just look great; they tend to feel great too, with extra comfortable and often ergonomic seating being on offer. Heated steering wheels and electronic climate control are just two more features that are associated with contemporary convertible cars. Meanwhile a range of satellite navigation options allow you to make the most of the areas around you whilst audio options are generally crystal clear, powerful and bright. Convertibles don’t have to be sports cars either, and many open-top cars have entirely different visual characteristics from what you might have come to expect from them in the past. Convertible cars seem to have lost none of their elegance or appeal. 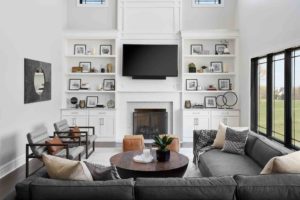