You are here: Home / Education / Exciting hotel openings for the year ahead

It is no surprise that many people sign up to hotel management courses in London and elsewhere. This industry can be hugely rewarding to work in and if individuals strive for the top and enjoy success, they can also benefit from lucrative roles.

All around the world, there are many planned openings of hotels and people aiming for careers in this field may be keen to keep their ear to the ground.

Writing in the Independent recently, Chris Leadbeater drew attention to some of the more interesting openings set to take place this year. According to the writer, 2013 “promises a bumper crop of exciting openings”.

One development that might be of particular interest to those attending a London hotel school is the imminent arrival on the scene of a new Shangri-La venture inside the Shard. Western Europe’s tallest building is to feature a five-star hotel between floors 34 and 52. The premises is due to be completed in early summer and there are no doubt plenty of tourists lining up to sample the lofty luxury on offer. About this venture, Mr Leadbeater remarked: “Epic views of the capital will, of course, come as standard.”

Another significant opening is taking place in Oslo. The Thief is to start welcoming guests this month and it has been described as a “boutique option”. The establishment gets its name from the area in which it is based as it sits in Tjuvholmen, a district where criminals were once executed.

Meanwhile, a 91-room hotel is to open its doors later this year in Hong Kong. Called Mira Moon it will exhibit a “mix of Far East tradition and contemporary flair”. The decor will be themed around the Moon Festival and its legend of a woman who drinks an elixir and travels to the Moon to become a goddess.

Previous Post: « The importance of executive assistant courses in a tough jobs market
Next Post: Four good reasons to use payroll outsourcing » 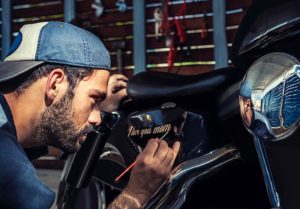 Hello, My name is Kevin. Welcome to my blog readify.co.uk. I am a fashion designer by profession. I love to explore the world and used to write on different topics. I am waiting for a lovely audience who enjoy reading my articles. Read More